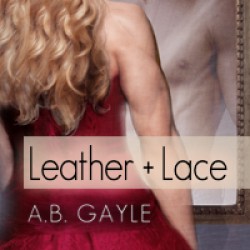 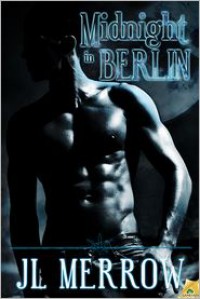 Midnight in Berlin to me is a classic case of plot holes that should have been seen at the editing stage and fixed before publication.

Plot holes are not just things that don’t get explained, they are inconsistencies between what happens and the motivations and goals of the people who are influencing the action. That’s where GMC comes in.

From reading reviews, I gather that logic doesn’t mean a lot to a number of readers, but there are others where lapses in logic pull them out of the story.

Books with action and romance are difficult to write, but to make them work the action should flow seamlessly from one scene to the next where what occurs should be organic and have grown from what has come before.

In this book they weren’t.

Here are some examples:

Christoph is the boss of a large architectural company. Why didn’t he contact the office as soon as he was free or even check how things were going when he walked in? Because he was ashamed of his face? He didn’t even attempt to call them. Weren’t they worried about his absence?

That whole scene when they return to the house to confront Schreiber is a good example. In an instant, Sven goes from being the faithful second in command to attacking Schreiber. Why should he suddenly trust them? Why was he so revolted by the idea of being a super soldier? One minute he wants to rip off Christoph’s head and the next, Schreiber’s.

How come Silke suddenly has the ability to rip the head off a human much larger and stronger than she is? She must be a similar size to wolves in the zoo. Unless, perhaps this article was used for research: http://www.theonion.com/articles/stud...But once again, a simple reaction to her ferociousness in wolf form and alarm on the POV character’s part beforehand would stop this being a WTF moment.

What was Tobias doing during that scene? He’s obviously a threat because they knocked him out and put him in a cage after?

Why was his friend, Jon, so accepting of the mere fact that werewolves existed, let alone within minutes being in love and super protective of Silke?

And his involvement in the story is just too pat. The hero needed a friend and it just happens to be someone who can fall in love with a wolf? These sorts of things can be done, but earlier when he goes back to the hostel and meets him, he could be at least tempted to say, hey you know those werewolves you always love reading about. Guess what. They’re real. Instead he’s just “a friend” who he shelves his job to! (So that he would conveniently “owe him a favor”) And I’d forgotten he’d even existed by the time he’s needed again. Little snippets in between would have helped. Kicking himself for not passing on a clue, like mentioning he’s sorry he didn’t return the werewolf story he borrowed. Make Jon’s subsequent involvement in the story organic. Not just to fill a gaping plot hole.

Also Silke seems to have a sudden personality change from small and timid to large and ferocious. Not sure how that one happened. I know her father got attacked and she has Stockholm Syndrome, but a couple of fore-warnings might have helped the switch be more believable.

That’s the main issue I have with the story. The insta-attraction and shifts in action happened too suddenly. Now we are here and doing this and then we are there doing that with no smooth transition with one happening organically because of the other.

Perhaps it’s because when I read (and write) I see the scene in my head. For example, I tried to picture them at the internet café where people would be milling around, reading over their shoulder or sitting next to them while they accessed that data. I’d have been calling the cops.

And when they set off for Jon’s workplace. At least mention the Porsche and why they didn’t use it.

Maybe I’m being too picky, but it bugs me when problems like these aren’t picked up by beta readers. You need people who are prepared to say, hey I like your writing, but…. And I do, I like J.L. Merrow’s writing. The bits between the holes anyway.